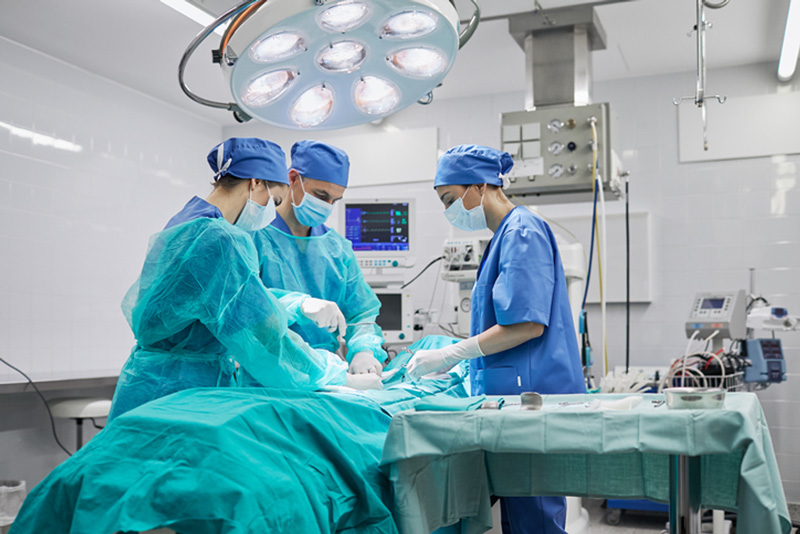 Every year more than 21 million people across the world undergo routine surgery and receive general anesthesia. Normally, during the operation, the patient sleep without feeling pain. However, also every year about 30,000 patients suddenly regain consciousness on the operating table. The complex condition in which the patient regains consciousness after the administration of anesthesia during a major surgical procedure is known as anesthesia awareness or intraoperative awareness. Normally, anesthesia contains several different groups of drugs. None of them provide the necessary conditions for an operation individually. The occurrence of this condition is 0.1-0.2%.

Generally, anesthesia contains three main components:
Anesthetic: Induce the loss of sensation reversibly in the body for a specific period.
Relaxant: Paralyze the muscles of the patient, allowing the surgeon to work easily without interference.
Analgesic: Used for relief from pain during the operation.

These drugs entirely block the channel of painful nerve impulses during the operation and anesthesiologist advises a single unique cocktail for each patient. The doctor’s tasks are to completely put the patient in sleep, relax their muscles, and to deliver the analgesic effect. At the same time, the mixture should not lead to malfunctioning of the cardiovascular, nervous, or other systems of the body.

To calculate the optimal dose of anesthesia is tough. It is dependent on the particular characteristics of each patient’s body, their lifestyle, the habits of the patient, and much more. The complications are compounded by the fact that the mechanism of action of anesthetics is not completely understood and also, each person’s body responds to the medicine in its distinct way. So quite obviously, inaccuracy in the dosage is possible. If the mixture doesn’t contain the accurate amount of components or the patient’s body produces a surprising response for the patient, the operation can turn into a nightmare.

When inappropriate anesthesia is administered, events develop according to several different scenarios.

Prognosis and outcomes of the anesthesia awareness

Society and culture about anesthesia awareness

Having learned all the horrors about anesthesia awareness, one could, of course, refuse to have the operation but this shouldn’t be done especially when there are strong indications of the need for surgical intervention.

It should be remembered that the probability of wakening under the scalpel is negligible (0.1-0.2%) of all operations and approximately 80% of all such cases, the patients don’t remember anything. Also, anesthesia awareness is most often only for a very short time and occurs just before the surgery begins or immediately after its onset.

In these modern times, there are new technologies that allow doctors to more accurately determine the patient’s condition during surgery, but it is also possible that soon such inventions will be of no use. Neurosurgeons from Germany have even been able to operate on parts of the brain of fully conscious patients. It is possible to dispense with general anesthesia and also local anesthesia on the skull of the patients.

Physicians more and more often are managing to carry out complex operations without anesthesia and without the patient feeling any pain or discomfort. During the operation, the doctor can simply ask the patient to speak, count, recognize faces and photos, or even to just lift a finger. Interestingly often such actions are necessary to identify the area that should not be touched during the operation. This new method has become indispensable in the case of contraindication of general anesthesia. The percentage of operation done without anesthesia is still quite small, but with the development of new technologies, their number can undoubtedly grow — and someday people wouldn’t have to suffer the long waking up and recovery period after anesthesia and depression falling anesthesia awareness and then we will achieve our dream. Even with the most serious of the operations, we will go to a surgeon only for a short time or a couple of hours.

How to avoid anesthesia awareness

About the writer: Zeshan Zakir is a research scholar at Bahauddin Zakariya University, Multan-Pakistan