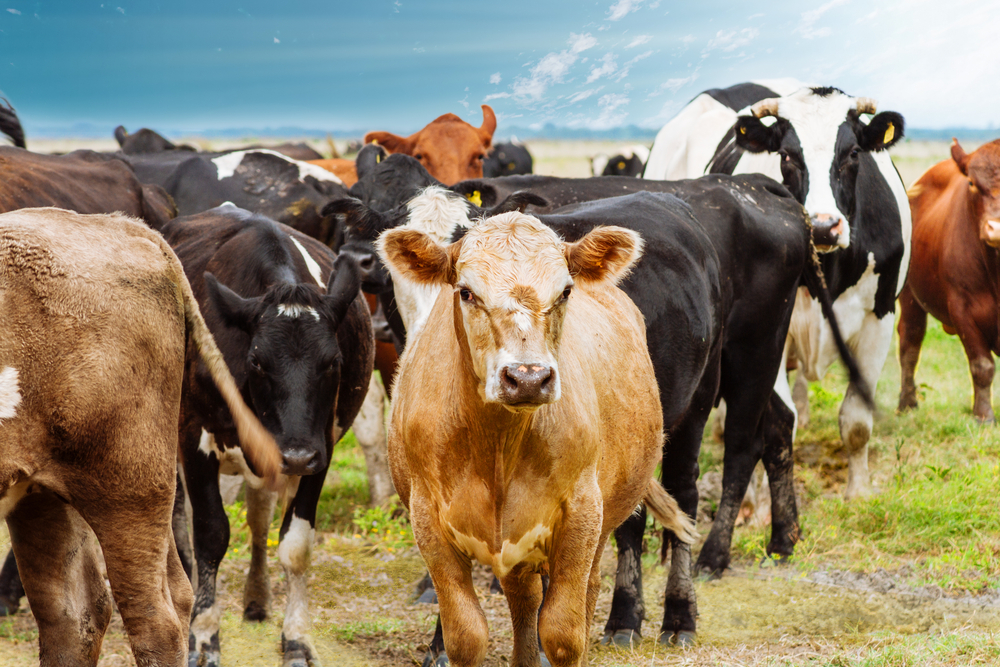 The bovine tuberculosis is a disease which is caused by the bacteria known as Mycobacterium bovis. It usually affects animals such as cattle, buffalo, and many other mammals causing illness, coughing, and even death. It can affect lungs, lymph nodes and many other parts of the body. Mainly its transmission occurs from animals to humans and also to the other animals. M. tuberculosis is the type of bacteria that causes the disease in humans different from M. bovis. The name of tuberculosis is due to the formation of nodules known as tubercles which are formed in the lymph nodules of the infected animals.

Robert Koch was the person who discovered the tubercle bacillus as the main cause of tuberculosis in 1882. Theobald Smith further published his report about human and bovine tuberculosis in 1898. He described 2 different organisms which are now called Mycobacterium bovis and Mycobacterium tuberculosis.
There are more than 180 countries who reported the situation of bovine tuberculosis to the OIE (world organization for animal health) from 2017 to 2018. But more than 80 countries had reported the presence of this disease. Many countries have controlled this infection but still, it is a serious disease for humans and animals in developing countries. There is a higher number of cases in many parts of Asia and Africa, but other countries of Europe and America have also reported this infection.

They are gram-positive bacteria and catalase-positive. They are non-motile and non-spore forming bacteria. Mycobacteria are rod-shaped bacteria with a length of 1.0-10 micrometer and width 0.2-0.6 micrometer.

The disease can be transmitted directly from infected animals or indirectly by the ingestion of contaminated substances. Mainly this organism is carried in the airborne particles having a diameter of 1-5 microns. These droplets are produced when persons have pulmonary or laryngeal tuberculosis disease. TB is transmitted from person to person by air due to cough or sneeze. Humans can also develop this infection by the consumption of raw milk of infected cattle or through contact with the tissues of the infected animals at abattoirs.
Bovine tuberculosis has slow onset as it takes months or even years to reach the stage where it becomes fetal. The infected animal can spread the bacteria on the farm before the appearance of clinical signs. So the major role for the spread of this disease is the undiagnosed infected animals.
Many people are at low risk for this infection but those who work on animal farms and the places where meat, milk and other animal-related products are handled are at high risk.

Signs and symptoms of tuberculosis in humans

Signs and symptoms in animals

The tuberculin test is mainly used for the diagnosis of TB by injecting the antigen into the skin and then checking the immune reaction. The definitive diagnosis is done by growing the bacteria in the laboratory but it takes at least 8 weeks.
The TB blood tests and TB skin tests are usually performed to detect the presence of TB in suspected persons. The chest x-rays tests can also be performed and the sample of sputum is also required for the detection of TB in the person.

The tuberculin test is the standard test for the detection of bovine tuberculosis in the animals. The bovine tuberculin (a protein which is extracted from M. bovis) is injected intradermally and then measures the thickness of the skin at the injection site after 72 hours.

PCR is also used for the presence of mycobacterium. It is a reliable and faster method. The duration of this test is just 3 hours, so it is a rapid test as compared to other tests.

The blood tests are also used widely as gamma interferon release assay as it detects the cell-mediated immune response to infection. The elevated level of gamma interferon is produced if the blood cells have previously exposed to M. bovis by an infection.

Tuberculosis is a disease that has infected individuals for more than 4,000 years. There are more than 1 million deaths per year due to TB in the world, and more than 90 % of cases are in developing countries. More than 1.4 million people died in 2018 due to TB. This chronic infection spreads from one person to another by air, and it affects the lungs, kidney, intestine, and many other organs of the body.

Prevention and control measures for tuberculosis

Usually, the treatment of bovine tuberculosis is not performed in cattle. But in many countries, Isoniazid is used in cattle with the dose rate of 10-25 mg/kg daily for 2 months. Rifampin, Isoniazid, and Ethambutol are also used in combination in zoo animals. The main focus is to control it. The culling of infected animals is mainly recommended as control measures. In humans, many medicines such as Isoniazid, Pyrazinamide, Ethambutol, and Rifampin are used. But the person has to take the medicine for a period of six to nine months to ensure complete clearance from tuberculosis causing bacteria.