A novel coronavirus called 2019-nCoV is a new strain of coronaviruses. The disease caused by the new coronavirus, first identified in Wuhan province of China, has been named as COVID-19 (coronavirus disease 2019). The virus that causes COVID-19 is also known as SARS-COV-2.

The COVID-19 virus belongs to a family of viruses that cause Severe Acute Respiratory Syndrome (SARS). World Health Organization (WHO) has described it as Pandemic. It means that it has spread geographically to different countries at a given time. Now, this virus has spread across 190 countries.

Scientists all over the world are now in a race to find out its cure. Currently, there is neither any specific treatment for COVID-19 nor a vaccine against it. Symptomatic treatment is provided and its purpose is to control and reduce symptoms until you have recovered from it.

Many drugs have been tested to treat COVID-19 patients; however, there are a few treatment options for coronavirus disease (COVID-19) at the moment. Here, we’ll have a glance at these experimental drug choices.

Chloroquine (CQ) was first used as a prophylactic drug and treatment for malaria. Hydroxychloroquine (HCQ) is a more soluble product and less toxic metabolite of chloroquine, which causes fewer side effects than chloroquine.

More recently, CQ/HCQ has been used to manage conditions such as systemic erythematosus and rheumatoid arthritis. CQ/HCQ has also been used in the treatment of HIV with mixed results.

The ability of CQ/HCQ to inhibit certain coronaviruses, such as SARS-CoV-1, has been explored with remarkable results. It is likely to take many months for a specific cure of COVID-19 to become commercially available.

The virus enters into the cells by binding to a cell surface enzyme called angiotensin-converting enzyme 2 (ACE2). Chloroquine may reduce glycosylation of ACE2, so preventing COVID-19-causing virus from efficiently binding to host cells.

Chloroquine is also believed to raise the pH level of the endosome, so it is believed to interfere with virus entry and exit from host cells.

Side effects of chloroquine

Both CQ and HCQ have been in clinical use for several decades, so they have a well-established profile. But both have some side effects along with their use.

Other drugs being tested against SARS-COV-2

A drug, developed by Fujifilm Toyama pharmaceutical in Japan, is showing the best outcomes in treating, at least mild to moderate cases, COVID-19 patients.

The antiviral drug, named Favipiravir, has been used in Japan to treat influenza. In previous months, this drug was approved as an experimental treatment for COVID-19 infections.

This drug, which works by preventing certain viruses from replicating and releasing from the host cell surface, seemed to shorten the duration of the virus as well as improve lung conditions in tested patients.

A Gilead Sciences drug that was originally tested in people with Ebola infections, Remdesivir, is being proposed to be tested for the treatment of COVID-19.

The drug was found not so effective in the case of Ebola; however, in different laboratory studies, it has proven effective at inhibiting the growth of similar viruses such as severe acute respiratory syndrome (SARS) and the Middle East respiratory syndrome (MERS). In a petri dish, remdesivir can prevent human cells from becoming infected with SARS-CoV-2, according to a letter published in Nature, February 2020.

Five clinical trials in China and the USA are currently evaluating whether remdesevir can reduce complications or shorten the disease course in COVID-19 patients. Many doctors are excited about the drug’s potential.

“There is only one drug right now that we think may have real efficacy,” Bruce Aylward of the World Health Organization said last month, however further research is required.

lopinavir and ritonavir created an initial excitement; however, according to the new data acquired from China, published March 18, 2020, in the New England Journal of Medicine, could not get a benefit when patients took the drug. No effectiveness could be found.

A total of 199 people with low oxygen levels suffering from COVID-19 infections were randomized to either receive Kaletra or a placebo. While a few people taking Kaletra died, the difference was not statistically significant, meaning it could have been due to random chance. On the other hand, both groups had similar levels of virus in their blood over time. This drug would work better if it is given earlier in the disease course.

Losartan is a generic blood-pressure medicine that some scientists are hoping could be helpful to cure the patients with COVID-19. The University of Minnesota has launched two clinical trials using this drug.

If we see the mechanism of action of Losartan, it works by blocking a receptor/chemical called angiotensin II which uses ACE-2 to enter the cells and raise blood pressure. SARS-CoV-2 binds to the ACE-2 receptor. It seems possible that Losartan might block those receptors and may also prevent the virus from infecting cells.

The world is being suffered from a destructive virus, and scientists are trying their best to find an authentic cure. But this is a bitter reality that no drug has been discovered yet against COVID-19. Similarly, no vaccine is available to date; however, different experimental vaccines are in the process of development and experimental trials are being conducted in different countries. 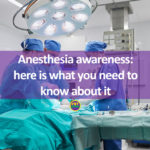 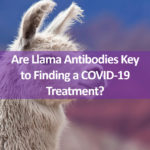 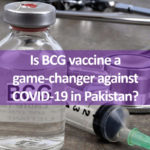 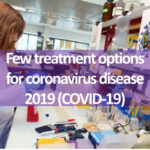